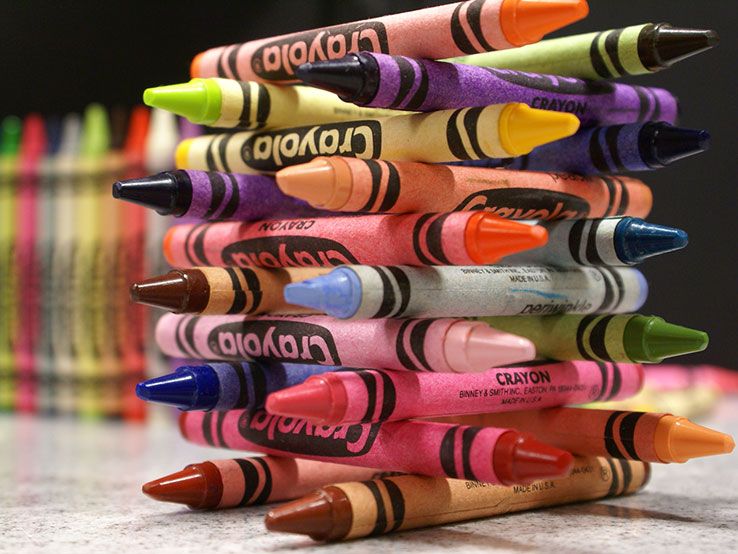 You may have noticed a trend in the blog posts I’ve written for Moz lately:

Basically, I ask a lot of questions because I don’t like or trust hard and fast rules. And while every last one of these posts offers you a little bit of knowledge to then take back to your marketing campaigns and apply in the way that works best for your team and your company, there’s not a guaranteed formula for success or correct answer in the bunch.

If you’re resorting to tried and true advice, you’re missing opportunities to do something better than anyone’s ever done it before. Instead, I want you to question everything anyone’s ever told you about how to make marketing (especially content marketing) work. You might fail a little along the way, but even the failures will teach you something about what success looks like.

Winning by breaking the rules

So in honor of the holiday season, let’s unwrap our presents early and look at some marketing campaigns that won by flouting some fundamental rules of marketing.

Appeal to a wide audience

Not everyone knows who Skeletor is. And few of those love him, but Honda threw caution to the wind and let him star in their latest commercial.

While they are hedging their bets with other commercials starring Jem, Strawberry Shortcake, Gumby, and Stretch Armstrong, none are designed for mass appeal. Instead, they’re taking advantage of random affinities that can help consumers feel deeply connected to your brand. I know I can’t stop talking about them.

In 2013, Oreo newsjacked the hell out of the lights going out at the Super Bowl with this now iconic tweet:

Power out? No problem. pic.twitter.com/dnQ7pOgC

You know what happened. 15,000 retweets later, Oreo had won the Internet and real-time marketing was born. Imagine what would have happened if they’d stuck to their super-sweet pregame message of game day recipes. For one, we wouldn’t be talking about them here.

Focus on your competitive advantage

I have no idea if TD Bank has a local branch, what their rates are like, if their tellers are awesome, or if they have an app that will revolutionize the way I do online banking.

But after this commercial, I want desperately to do business with them because of the core values this video speaks to. They’re asking us to connect with who they are, not what they do. And it works.

Meanwhile, this commercial for the MacBook Air also skips product info and instead focuses on how people use the product rather than what’s amazing about it.

At the end, I have zero idea what the competitive advantages of a MacBook are. But I want one. And I want to put stickers on it.

Remember the Joe Boxer/Kmart commercial from a few years ago?

How could any of us forget? Sure, some people were annoyed when this commercial came out, but the rest of us played it over and over for our co-workers, friends, and family. Daring to be different is daring to be remembered.

Speaking of memorable. While this Old Spice commercial is physically painful to listen to:

I can’t stop myself. This one will stick with you and everyone else who watches it. They’re stretching a little beyond those charming Isaiah Mustafa commercials and into Old Navy territory (please make it stop), but it just might work.

Name recognition is everything

In 2008, hipster author Tao Lin plastered New York City with stickers that read “Britney Spears” in bold black and white. Weird fan geek moment? Actually it was a guerilla marketing ploy for his book, Cognitive-Behavioral Therapy (which has nothing to do with Britney). The ploy may have made no sense, but publisher Dennis Johnson said soon his phone was ringing off the hook with people who somehow made the connection.

The lesson here is that shouting your name from the rooftops is not the only way to get people to remember your brand for years. You may not have heard of Tao Lin before reading this post, but the stunt was weird enough that it lives on in publishing (and now Internet marketing) legend even eight years later.

But really, other people’s presents are boring. Are you ready to bet on out-of-the-box thinking this holiday season (and beyond)? Here are some rules I want you to go break to see what the rewards might be.

If your brand voice skews toward concision and you’re using the Hemingway App (like everyone else is), are you really standing out? If your paragraphs are short and scannable, is anyone really remembering what you had to say? And if you’re writing to an eighth-grade reading level are all those simplified words just washing over your audience?
There are a lot of rules for writing. They’re all made to be broken.

Simon Penson already covered this fallacy quite well last week in his article about content flow. Just remember that if you’re aiming for big bang followed by bigger bang and then even bigger, you could be wearing your readers (and your writers) out. Try out a smaller project. See how people react.

Stories are awesome. But nothing can make you crave a bulleted list of value props like sitting at a huge gathering with people shouting stories at you (ahem, the Internet). Why not A/B test storytelling versus a more straightforward style and see what converts.

I’m all for a good headline. I’ll even resort to clickbait (if I think the reward for the reader is high enough). But what’s interesting to watch at Moz is that we’ll often choose the more academic headline over the flashier one. I’m not saying you should do the same (remember, the only rule here is that you should break all the rules), but consider your audience when writing that headline.

Narrow down your CTAs

Paralysis of choice blah blah blah. If you have only one action you want your site visitor to take, then of course you don’t want to confuse them with multiple other things to click. But too often we “simplify” pages by removing options people might actually want. I’m not saying you should add all those “click here” buttons back to your site, but I am saying you should think before turning your homepage into a single “buy here” button.

One of the rules at the Moz Blog is that our readers like actionable posts. I’m glad we know our audience that well. But we’re also not going to sit back and decide that means a theoretical post won’t do well because the numbers say actionable=popular.

In fact, this post isn’t especially actionable (unless that action is “go back and think about what you’re doing”). Is it going to help you? I hope so. Even if it isn’t what you’ve come to expect from us.

An editorial calendar is a terrible thing to let control your life. While publishing new content on a regular basis can be a very good idea, it’s also a good way to get stuck in the flywheel, churning out another interview with a supplier because that’s what you do on Tuesdays.

At Moz, we recently decided to let a day pass without publishing a new blog post (long story). As much as everyone on our content team believes in putting out fewer, better posts, it was still challenging to actually follow through with this decision.

But the resulting loss of traffic was negligible.

And while we aren’t eager to repeat the experiment (authors, please turn things in on time), we learned that the world does not end when we don’t put up a post. Our time on page and page values actually went up. Who knew?

Remember that blogs aren’t Twitter and you won’t be forgotten if you already have a reputation for good content. Publish when you have something worth publishing.

Using one piece of content for multiple purposes seems like a good idea until you’ve got a LinkedIn feed full of podcasts no one has ever listened to and a Facebook wall covered in blog posts announcements that achieved no reach.

If your gut (and your data) tell you that your audiences on different channels expect different things, find a way to get them more of what they want, don’t just feed them what they have. Piece out that infographic so it shows up well on Twitter and your tweeps can get that two seconds worth of information they’re looking for. Or record a fantastically fun intro for your webinar and put the intro (not the webinar) on YouTube to see if you can tease people over to your site.

Social media can be an excellent way to get traffic to your posts. And sometimes it isn’t. Copyblogger is just one of the big brands who looked deep into the traffic and engagement they were getting from Facebook before deciding to close their page.

You’ll have to look at your numbers to see what the right decision is for you, but when it comes to social media, doing something simply because you’ve been doing it forever is almost as bad as jumping on every new platform that comes out before investigating it.

Packaging should be practical

While there is always a practical aspect to packaging, once you’ve seen the Nike Air sneakers packaged in a bubble of air or the labels on Smirnoff’s Caipiroska that peeled off like the skins of the fruits the vodka was flavored with, it becomes obvious that an investment of time and creativity in packaging (as with everything you do) can have a much bigger impact than more of the same.

Cover the next How to Train Your Dragon in dragon scales, wrap that hi-tech travel bag in special edition maps of popular destinations, or print your anti-pesticide pamphlet on seed paper that can be used to start an organic garden. Better yet, let your design team loose to create something amazing and brand new that’s exactly right for your audience.

While strategy is a very good thing (and you’ve likely invested significant money and/or resources into creating that strategy), how do you really know if it’s working unless you push at the edges a bit?

Know that your audience likes reading about car parts? See if they respond to a post waxing nostalgic about Knight Rider. Or introduce your organic skincare clients to some of the politics behind GMOs. You might bore someone. You might offend someone. You might also find you’ve made a stronger connection with some of your core customers.

So if it’s been awhile since you asked “why are we doing this?” or tried something new, go shake it up already. Because unless you’re making Nestle Toll House cookies, chances are your recipe can still use some refinement.

Go forth and open your presents early. Enjoy the rush of innovation rather than the boredom of imitation. Then come back and tell us how it worked out and what you learned.