“If I had asked people what they wanted, they would have said faster horses.” – Henry Ford

The general public – also known as “people” – isn’t always the best source of business advice or tips. This is something that the likes of Henry Ford or Steve Jobs understood long before the world had ever seen their flagship creations.

People thought that what those guys wanted to achieve couldn’t be done. When horsepower was the main means of transportation, Ford introduced mechanical horsepower. When the world was crazy about going small as the main trend in cellphone design, Jobs decided to screw it and went large. They just didn’t care about “common knowledge” and knew that there’s much misconception floating around.

But let’s go back to the 21st century and discuss online business, since it’s what interests us the most.

“Ignore the conventional wisdom. If everybody else is doing it one way, there’s a good chance you can find your niche by going in exactly the opposite direction.” – Sam Walton

So just to help you stay on your toes, here’s a list of seven common lies or misconceptions about starting an online business. Treat it as a warning sign to help you get through the clutter and on the right path.

1. “You have to be better to succeed” 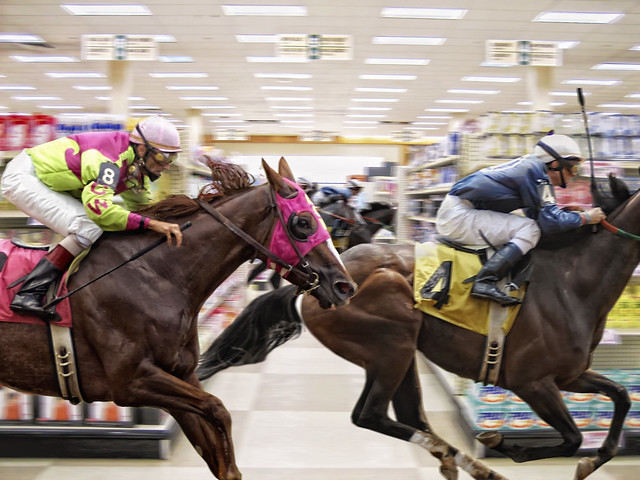 But a very big lie, or should I say excuse that people use to explain why they’ve decided to quit a given project, is that you need to be better than all those people to succeed.

On the contrary, you just need to bring in something unique about what you’re offering. Don’t compete with people at their game – the game that they are already better than you at. Introduce a new angle and own it.

Just work with what you have and be different rather than better.

“There is always going to be someone out there that knows they have to compensate for maybe having less talent with harder work and preparation.” – Mark Cuban

2. “You have to search for an untapped niche”

The concept of being the first person on the field sounds very attractive, doesn’t it?

But there’s on big flaw here. Being first will only pay off as long as the field you’ve chosen has the potential to become popular. If it won’t, you will be just standing there with your business wondering why nobody’s coming to buy your stuff.

Joining a niche that already has some players in it, on the other hand, gives you a lot better chance of building something significant.

When you think about it, the fact that a niche is popular means only one thing – that there’s money in it. So join an existing niche and get your piece of the pie.

3. “You need to create a business plan” 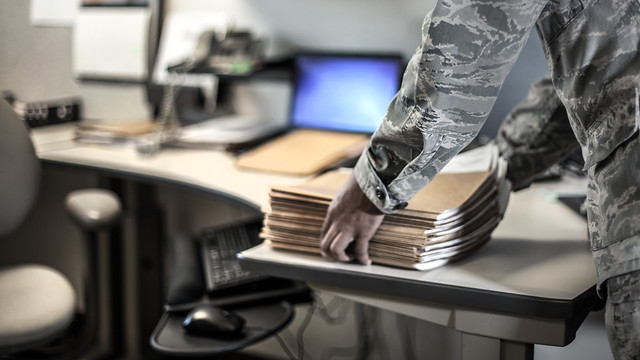 Sorry to break this to you, but business plans are a thing of the past.

And you don’t have to take my word for it. Here’s what Neil Patel of QuickSprout and KISSmetrics has to say about it:

Basically, business plans are flawed because they assume way too many things and give you a false impression that you’re on top of everything, and that you’re ready for every possible scenario that can happen in the future. This clearly isn’t true.

So just focus on what you have today and take care of these two elements:

Oh the great internet, all you need is a domain, a website, and you can rule the world. Sounds about right, doesn’t it?

Let’s break this down on a timeline: (1) getting a domain – 5 minutes, (2) getting a Squarespace account, setting up the site and launching it to the world – 10 minutes. Total = 15 minutes.

At that point, all you have to do is sit patiently and wait for people to come in and buy whatever you’re offering, right?

Well, I’d love for it to be this simple! Too bad it isn’t.

My first personal experience with this issue was back when my mom had her first go at online business four or five years ago. She had a website built (online English course for Polish people), she rented the content, set up some simple e-learning environment, and … crickets. Nobody signed up for months. Months!

It was when I learned that on the web, nothing goes far without promotion.

And this is hugely unlike any other type of offline business. For instance, if you open a cafe in a popular area of the city, you will have people stumbling through the door naturally. On the web, not so much.

In a nutshell, you really need some money set aside for marketing if you want to get your project off the ground.

5. “Email marketing is for the big brands” 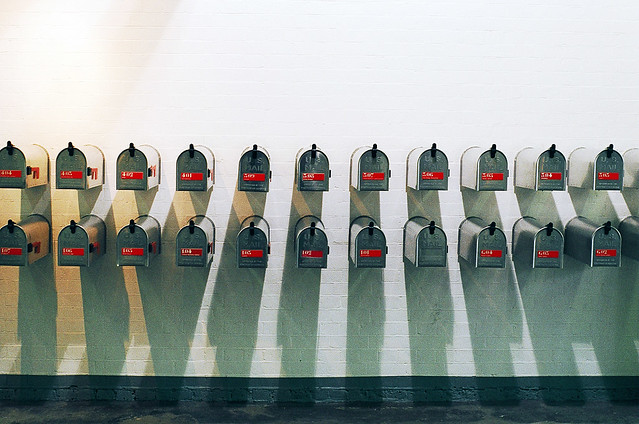 With all the social media sites we have these days, all the messenger apps, platforms like Feedly and so on, email is still the most effective way to reach your audience and get them back to visit your site.

It’s been reported that every dollar spent on email marketing brings $40 back on average, and not only that, but also the people who come to a website via email marketing, shop more and spend more than those who visit you through other channels (including social media).

The funny thing is that email still manages to perform that well in spite of the amount of spam that’s circulating around.

So, there can be only one conclusion here, just get started today. If you’re not offering any kind of email newsletter on your site right now, put it on your to-do list and fix it right away.

Companies such as Sendinblue or MailChimp offer free email newsletter software that will allow you to manage your contacts, send out newsletters, and even track the results every message is generating.

Back in the day, having such a tool at your disposal wasn’t possible without a sizeable budget or at least some serious web development or programming skills.

6. “You should wait for the perfect idea”

“Don’t spend so much time trying to choose the perfect opportunity, that you miss the right opportunity.” – Michael Dell

Building a business, especially in the online is a road filled with many unknowns, guessing, taking risks and trying out things that are as far from “standard business practice” as possible. You will naturally find a lot of failure along your way until you come across that one approach that works.

There’s a kind of “chicken and egg” problem with waiting for the perfect idea. Basically, how do you know that an idea is perfect before you test it out in the real world? Well, you don’t.

So instead of procrastinating, just get started with a basic, minimum viable idea, and then expand over time once you have some real feedback from customers/audience. Don’t be picky. Just take action on the idea you have, whatever it might be.

Which brings me to:

Being this one inventor who locks himself in a hut somewhere in the mountains, works on a new creation, gets no outside contact or insight, and then releases something awesome to the world a year later is a pure fairytale.

In today’s world, everything is a remix. Every online business idea has been built on top of a set of other ideas, taking bits and pieces and remixing them into something new.

It seems that the secret isn’t to try figuring out everything on your own, but to look at what other people are doing – look at their ideas – and then try giving them your own spin. It’s way too easy getting caught up in the process and spending too much time thinking about what to do, instead of just taking action on the information you already have and releasing something as soon as possible.

If you want an extreme example, let’s not forget about Bill Gates and Microsoft. What is regarded as their biggest innovation – presenting things inside windows – wasn’t an original idea. It’s believed that Microsoft borrowed the core of the design and the way it behaved from the early products of Apple – Lisa and Macintosh computers.

Finding confidence when building an online business isn’t always an easy thing. Not every bit of advice turns out accurate, and it’s rather hard to pick the sources you can trust.

In the end, probably one of the best possible approaches is to:

“The follow-your-gut mentality of the entrepreneur has the potential to take you anywhere you want to go or run you right out of business – but it’s a whole lot more fun, don’t you think?” – Bill Rancic

The post 7 lies about starting an online business that society has us believe appeared first on Technorati.

About the Author: Radovan